I wanted to test out a white backdrop for taking photographs of finished minis; came across some of the old metal models I'd painted in the late 90s... Quite fitting to do a little mucking around on the classic white sheet and 4 very classic chapters. 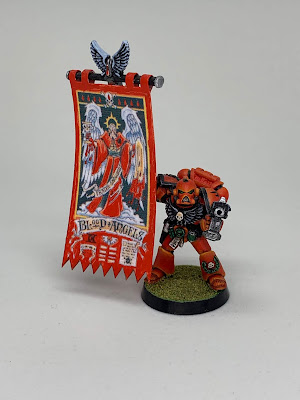 These haven't had any post-filtering done; and could likely do with another lamp to knock some of the shadows off areas like the banner. 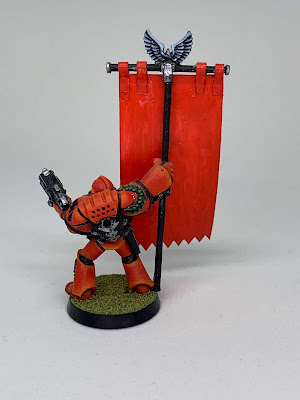 They have actually held up fairly well - models themselves haven't faded in the slightest (the blood angels red was always that orange), although the paper banners are maybe a little fragile after 20+ years. 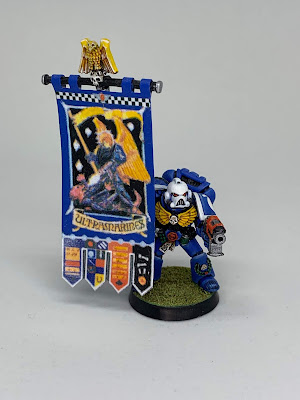 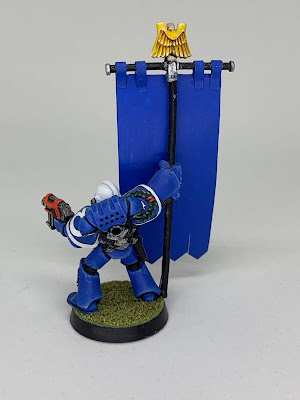 Ultramarines: the classic standard bearer ~1996. Probably still the one and only smurf that I've painted. 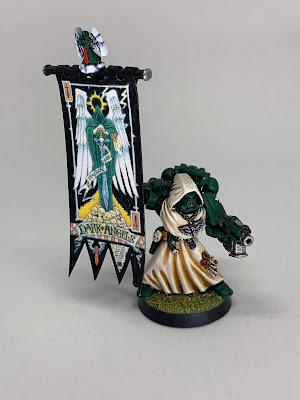 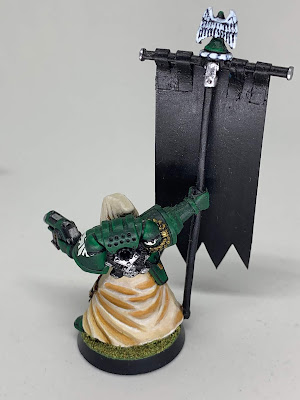 Dark Angels: from memory this particular model was called something like 'Brother Bethor' in the DA codex. The robes actually came up ok, given that washes weren't a thing back then. Pretty sure this banner came from a DA codex page photocopied (the back painted black obviously). 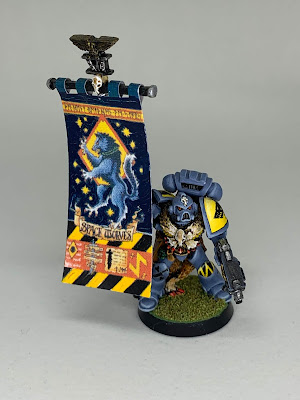 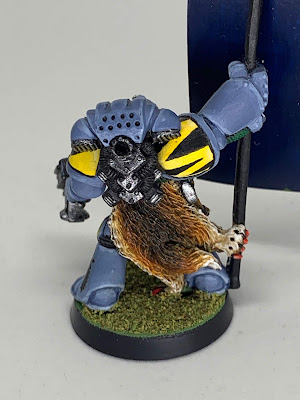 Finally - Space Wolves: really liked this model even back then. They kept the knees and shoulders free for company markings but with the very classic furs and chest icons. Think that is a good trade off between enough 'stuff' on the model but not too much to make everything embossed details and still provide some flexibility for adding markings. 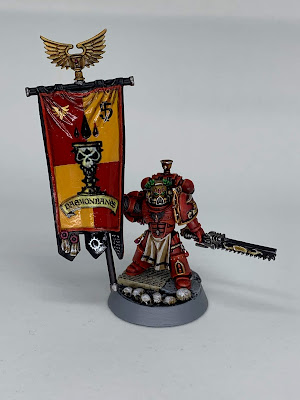 Finally... the modern version. Blood Angels company ancient circa 2018. The banner itself is less colourful than the 90s one, but is specifically made for the 5th company markings. And needs some matt varnish to finish it off.