Much to my shame... wrapping up squad with pics that are still on a mobile phone and also with dodgy backing light rather than some lamps. May have to retake these once my DSLR is back up and running.

2nd squad, 5th Company; designated Nithael. I'm fairly happy with the way the sergeant banner has turned out, along with some of the gold detailing with a reikland wash. 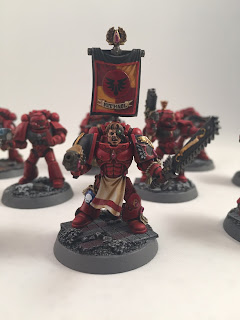 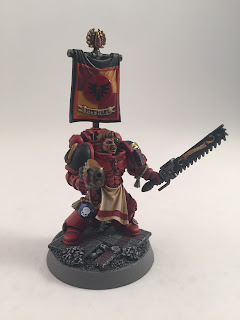 The arms on this one are magnetised so can be swapped off with other options/squads later on if needed. The melta bomb also has a magnetic base so can be removed when not equipped (or being stuck to the side of a tank). 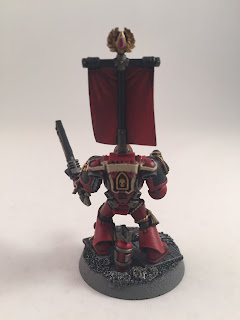 Second squad heavy - I know bolters aren't exactly top of everyone's list, but it's a pretty iconic marine weapon. Plus I had the pile of shells from the dev sprue and some clipped up wire to make extra casings. 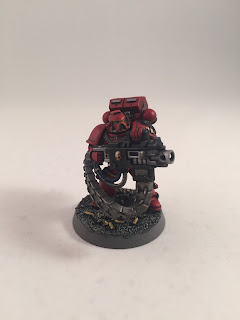 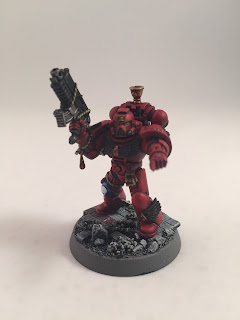 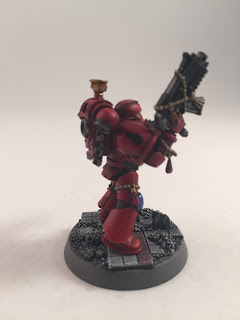 While serving no extra purpose in the game, I liked the idea of having a designated marksman per squad - scope and maybe add some kind of honour marking later on. Picture Starship Troopers and being able to call up that marine with an edge. 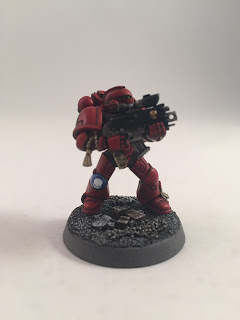 There is still a layer of matte varnish to add, which might come after finishing the other tac squad on the bench - in the meantime, the decal markings look a little glossy. 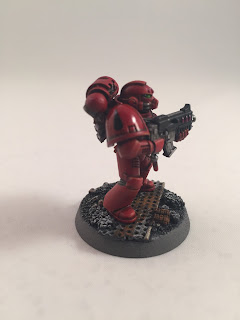 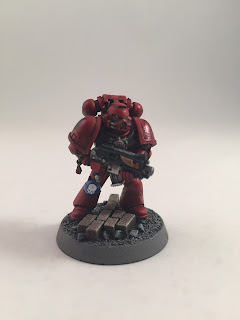 Party shot. Thankfully the unique/random bits on the bases come together ok when you see the group together. 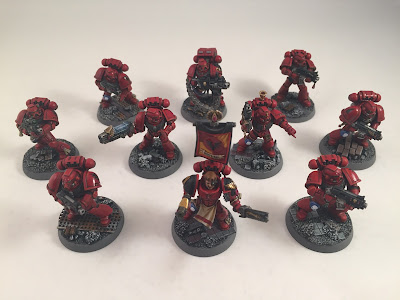